Android /
Games /
Action/Adventure /
Among Us

Find the imposter... before it's too late! 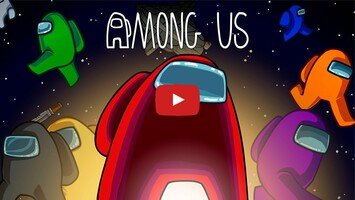 Advertisement
Among Us is a fun game that's packed with action and full of intrigue. Join a spaceship's crew as they travel through space... and discover that a lethal intruder has snuck aboard, intent on destroying the entire crew!

All the action in Among Us plays out on a spaceship made up of different units. Start a new game -either online or against the computer- and you'll be assigned the role of either crewmate or imposter, which is kept secret from the other players. If you're the imposter, your goal is to wipe out the entire crew by sneaking up to them and hitting the kill button. But if you're part of the crew, you'll have to avoid the imposter and try to figure out who it is... before it's too late!

To do so, a chat room with all the players appears after all the action, where they can discuss who they suspect the imposter is based on what they've seen during the game, and hold a vote. Players can also interact with some objects in the ship's rooms during the game.

Overall, Among Us is a great multiplayer game, whether you're playing with friends or other players from all over the world. Board the spaceship and feel the thrill of discovering the imposter in every game!
Reviewed by Carlos Martínez Translated by Jasmine
Advertisement

How do you install the game

Similar to Among Us